As the E-commerce Digital Manager for DPMS/Remington Arms, I was tasked with photographing all the products and lifestyle images as well as playing a key role in setting brand standards for the new DPMS GII product line. 2014 was the year where DPMS/ Remington introduced the first lightweight .308 Modern Sporting Rifle to the firearms industry. This project took 6 months to complete.

Before starting the catalog, I had already finished shooting and editing most of the firearms we had available to market, for the website. Firearms were shot in a standard "straight on the side" angle. However, since all decision makers of the brand agreed that since this catalog was introducing a one of a kind product and that the design had to be cutting edge, I suggested that each firearm in the catalog should be re-shot at a high angle in addition to the standard angle, with shadows added in post production to give the illusion of directional light. This was to differentiate the brand from other firearm companies who usually photograph "Straight on the side"

The design and layout of the catalog is embraced with a combination of hard lines of varying widths to make the brand feel like a modern military. The design of the pages that highlight each new GII firearm was done using a blueprint-like format to highlight the precision of the product. Adding a Military-like font in addition to blueprint formatting gives the new GII product line, a modern and aggressive look that is highlighted with precision. The brand standard for this product line is still being used by DPMS/ Remingtion today.

The accent color #c8de01 was chosen to differentiate the brand from other firearm manufacturers. With competitive research at the time, there was no one in the industry who branded a product with a non-traditional color. Most firearms brand use bold primary colors for their branding, so we knew that this bright color would pop off against darker color pallets. 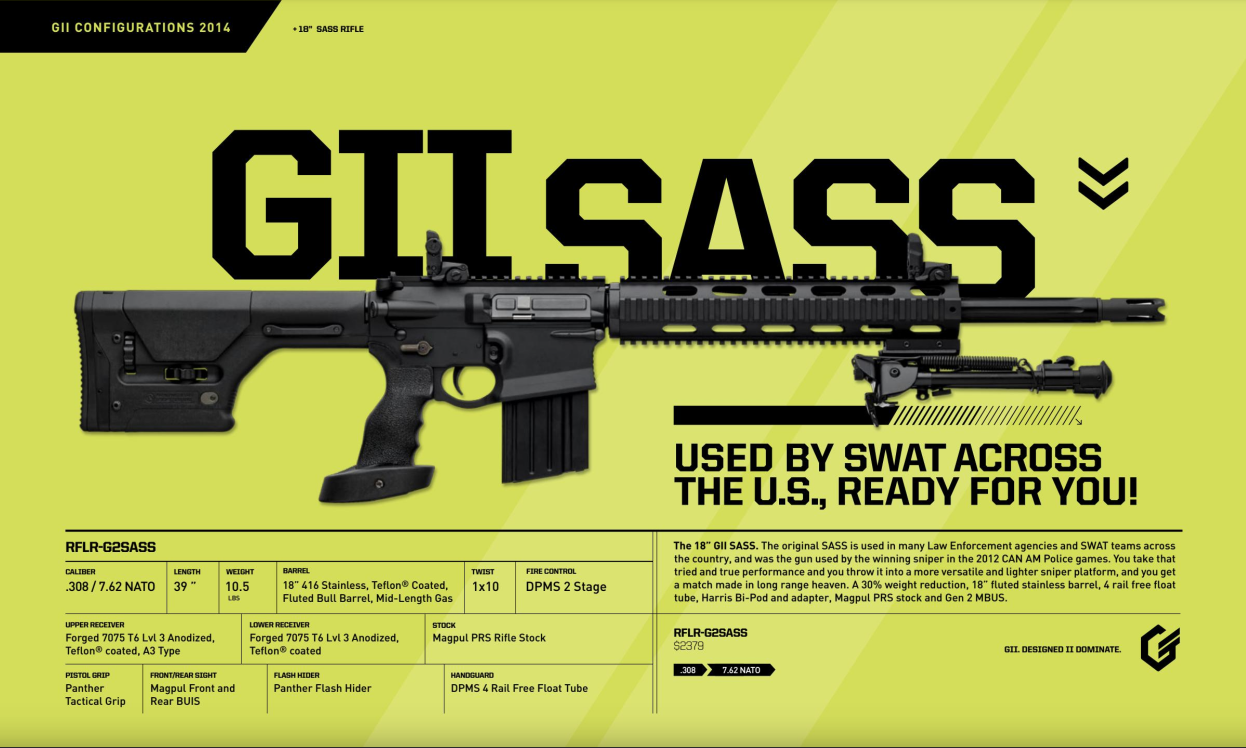 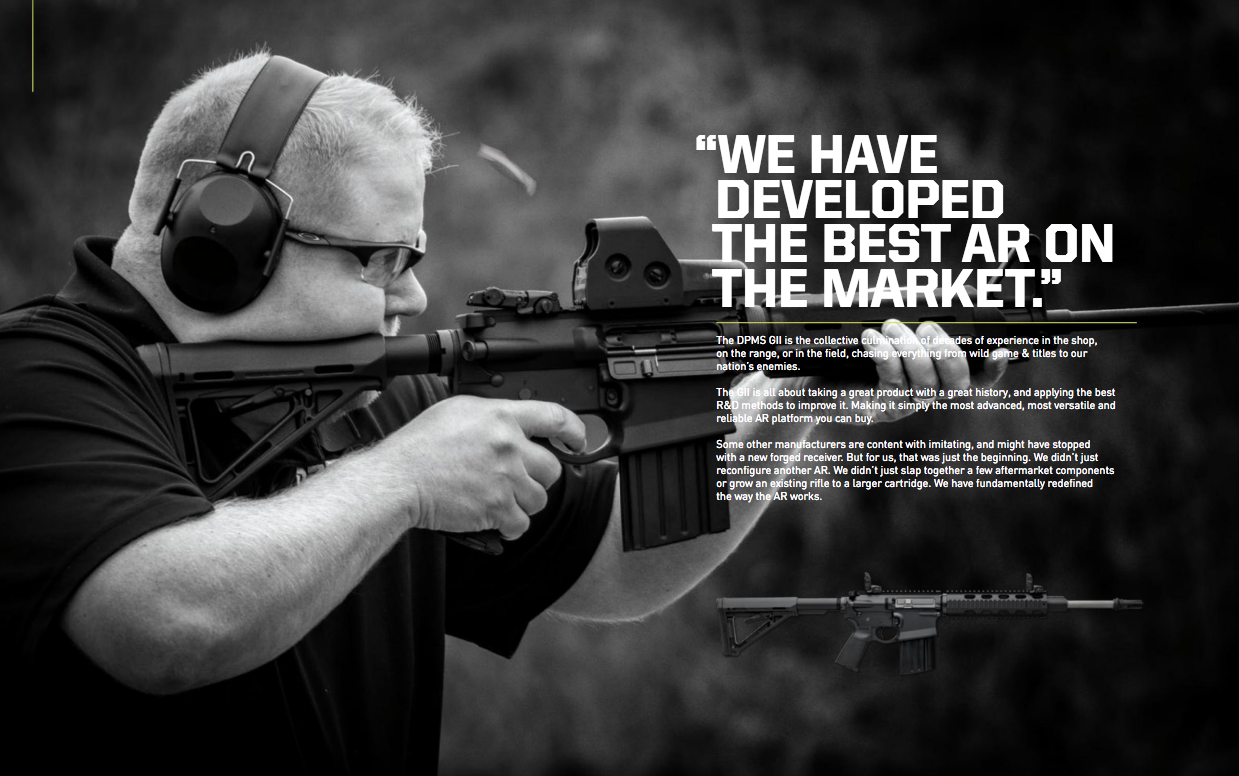 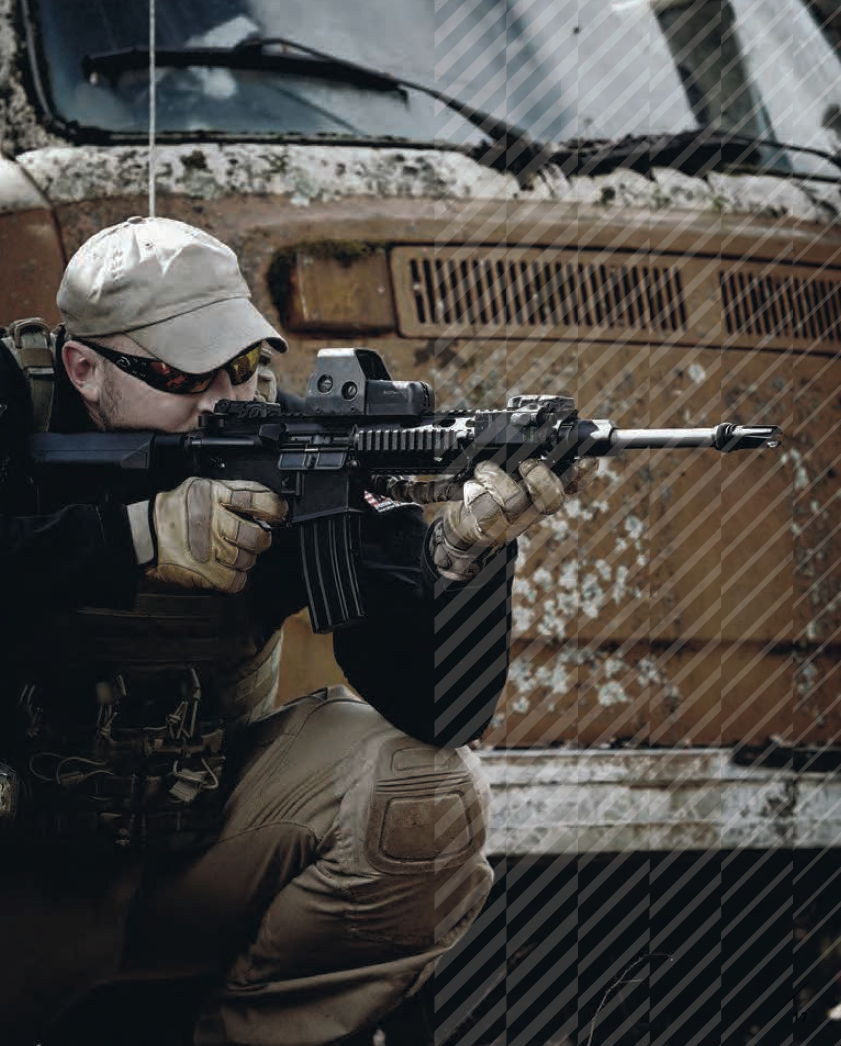 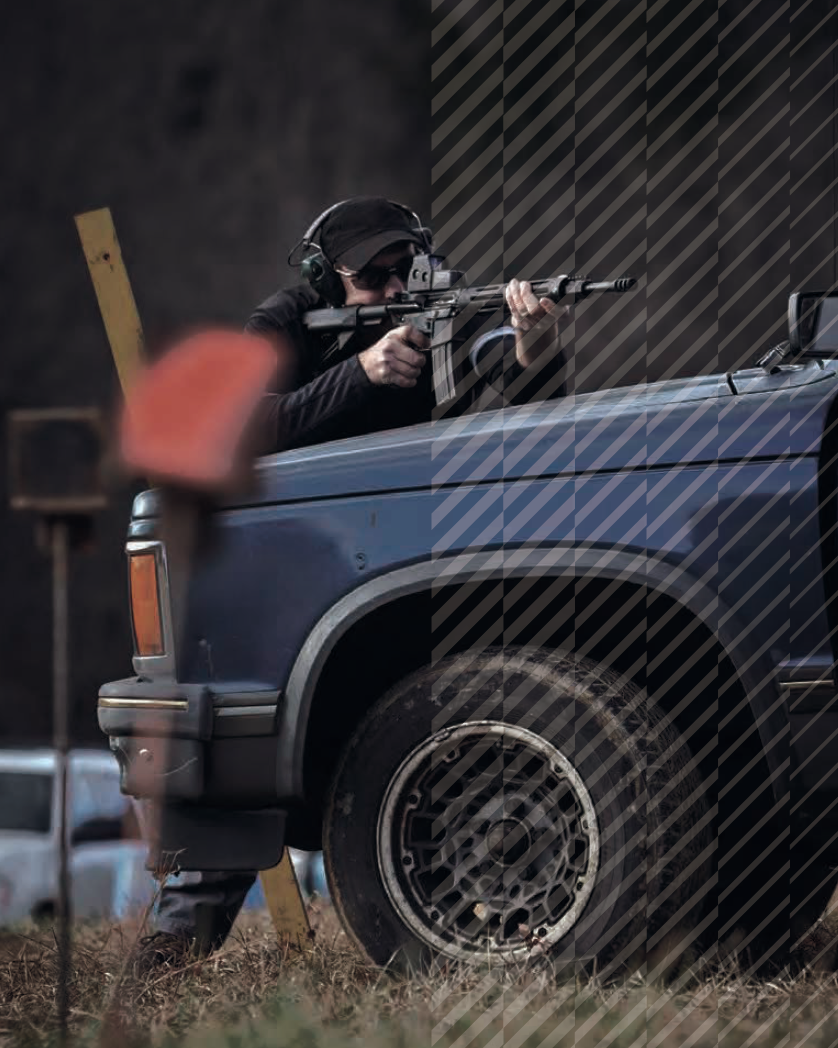 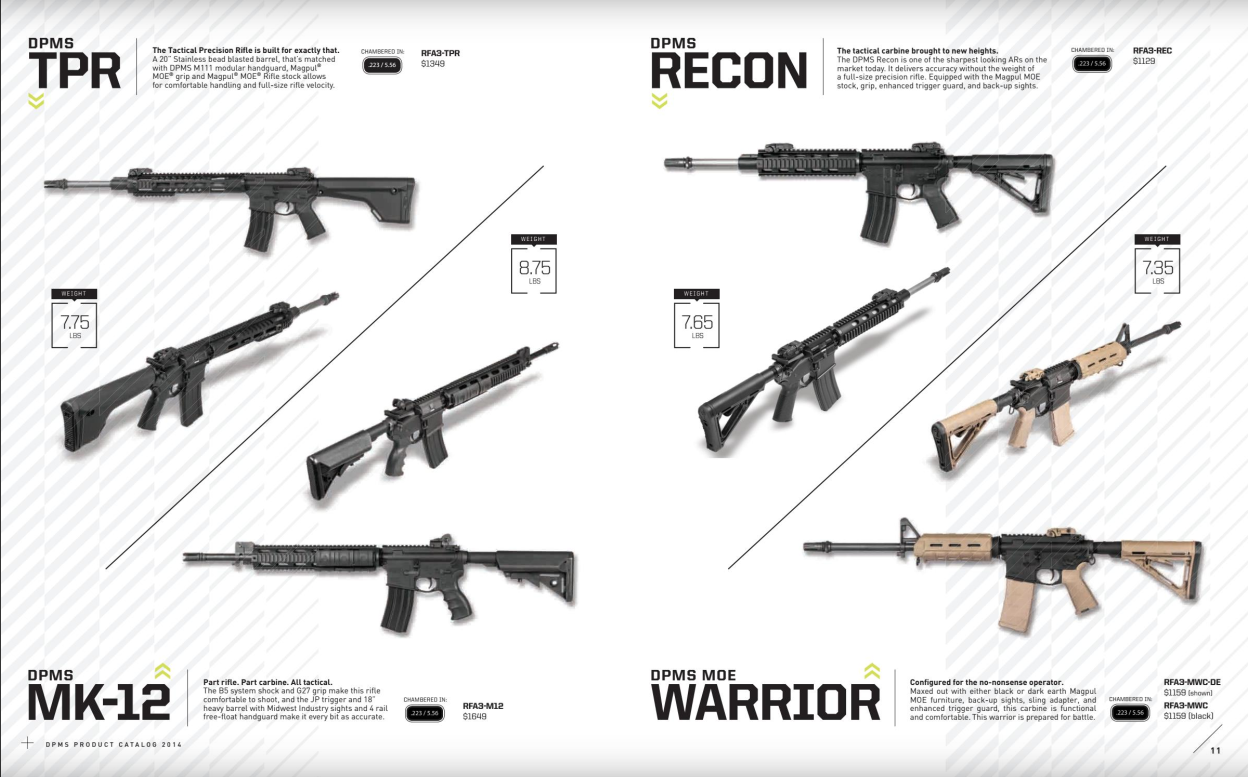 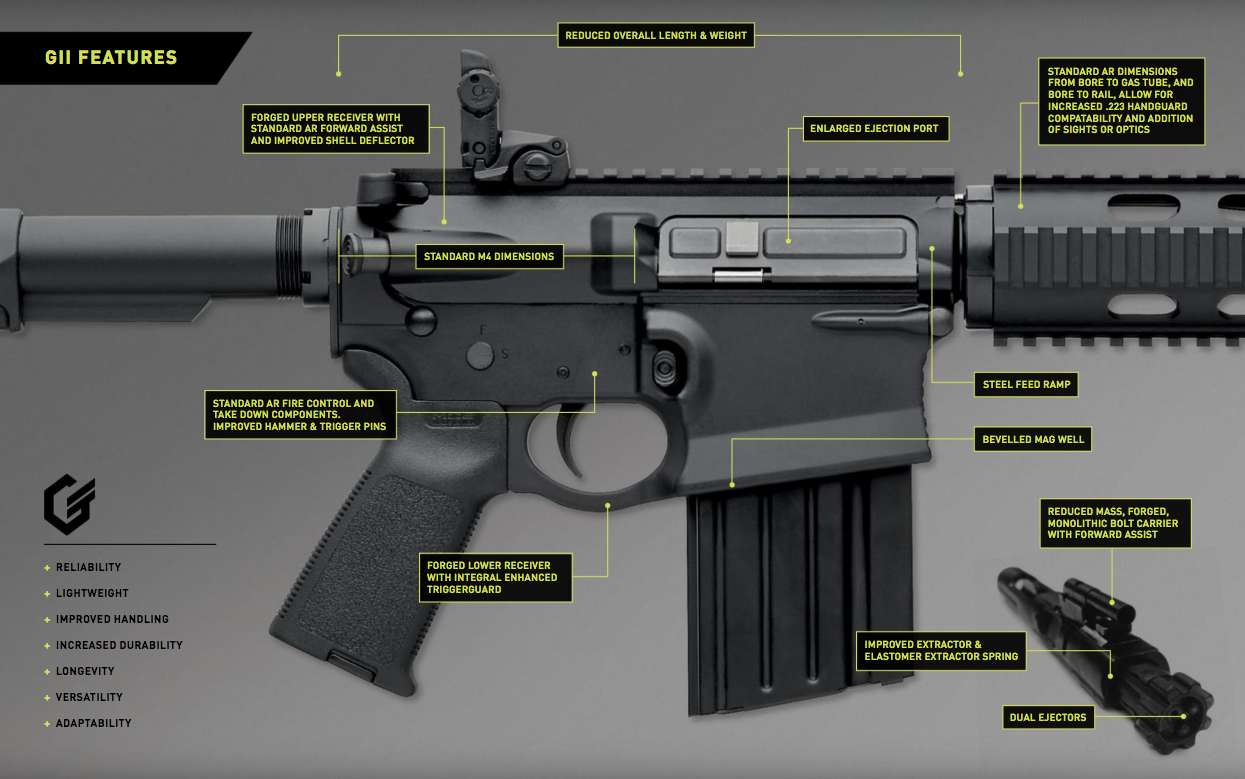